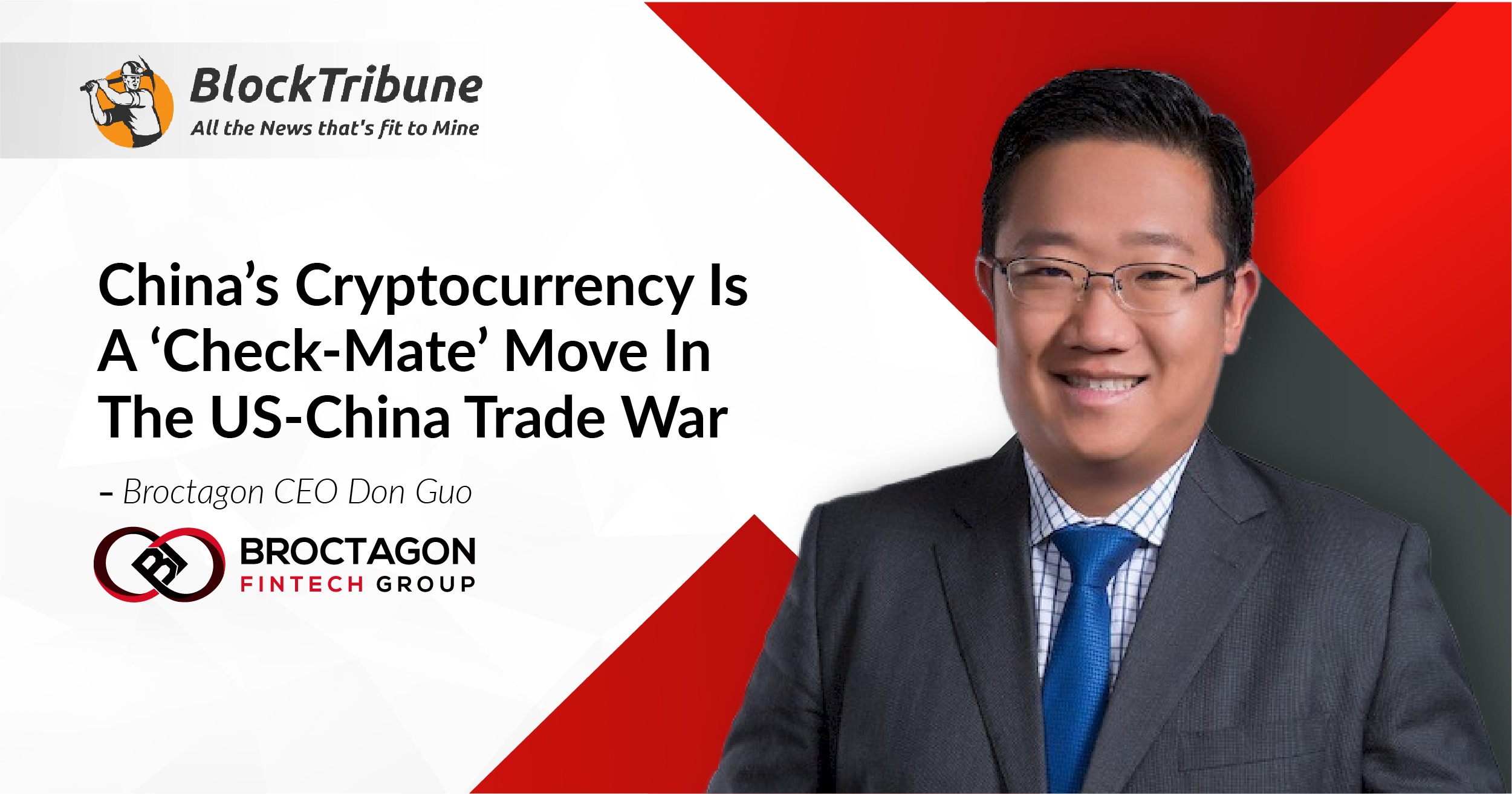 In this Q&A, Guo talks about the evolution of China’s public posturing on cryptocurrencies. He examines China’s own potential cryptocurrency and whether he envisions this as a rival or replacement to the US dollar.

DON GUO: China maintains a “closed” capital account, meaning companies, banks, and individuals can’t move money in or out of the country except in accordance with strict rules.

Cryptocurrency, through blockchain or distributed ledger technology (DLT), poses a threat to this system, as it offers a new way for immediate cross-border payment exchange and international settlement.

China had to quickly put a stop to this technology before massive amounts of money was moved out of the country. This full ban happened in January 2018.

BLOCK TRIBUNE: What is their end game in this? Do they envision their cryptocurrency as a rival or replacement to the US dollar as the global benchmark currency?

DON GUO: With that ban, it bought itself time to research on cryptocurrencies, and design a regulatory framework.

This meant that when the time came for announcements from big players, such as Facebook’s recent Libra news, China could quickly announce that it is close to releasing their own cryptocurrency.

Given the potential of digital assets, this move could be check-mate for China in the trade war against the US.