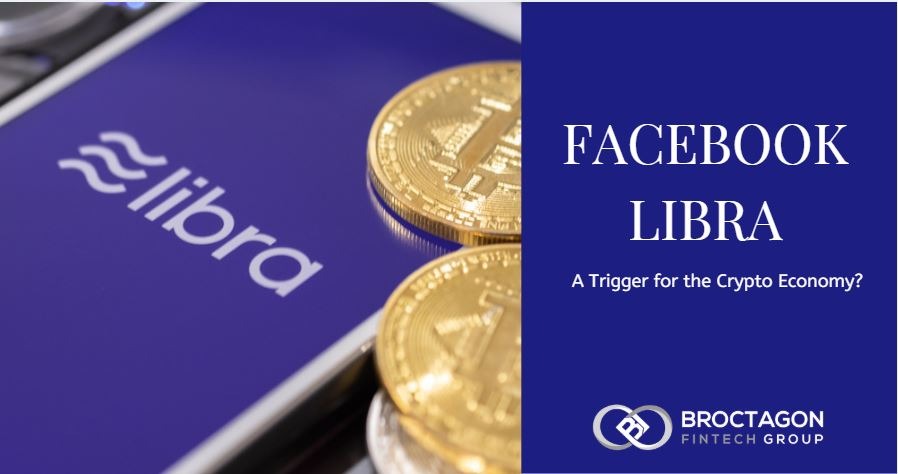 Five Reasons Why We Are Excited About Facebook Libra

The cat is finally out of the bag! After months of anticipation built by unconfirmed media reports, Facebook finally unveiled the whitepaper and website of its new cryptocurrency project, Libra, yesterday.

The cryptocurrency will be released in the first half of 2020, with great excitement from the community as many see it as a great potential to disrupt many industries. Helmed by a tech giant, Facebook Libra might just be the biggest trigger for the crypto economy!

Here are 5 reasons why we feel that Libra will ‘Libra-rate’ the crypto economy:

To put into perspective, Facebook has 2.4 billion users, Whatsapp 1.5 billion users and Instagram has 1 billion users. According to early crypto investor Garry Tan, the number of crypto users worldwide is pegged at 35 million. With Facebook’s plans of integrating its Calibra Wallet with Facebook Messenger and Whatsapp (and potentially Instagram), billions of people will have access to cryptocurrency wallets which was earlier accessible only to the early adopters and technology geeks. Facebook and other brands might also incentivise the use of Libra encouraging these new users to try out the cryptocurrency. Once they experience the benefits for themselves, they will naturally progress to crypto assets on public blockchains such as Bitcoin and Ethereum. Libra might be the biggest bullish trigger for the cryptocurrency market thanks to it being the largest fiat on-ramp till date.

It wasn’t long ago that celebrated investor Warren Buffett likened Bitcoin to rat poison. However, with one of the world’s largest companies now building a cryptocurrency, questioning the technology is a fool’s errand. Facebook itself had banned cryptocurrency ads last year but quickly turned the course around. The presence of Facebook is the biggest endorsement of the technology for cryptocurrencies, and gives the mainstream investors a vote of confidence. Cryptocurrency skeptics are on a four-lane highway towards extinction!

Regulators have generally been passive about drafting rules and regulations around cryptocurrencies. Facebook Libra’s launch will swing them into action since the scale of the project makes it simply too hard to ignore. In fact, US and European regulators are already calling for a review of the cryptocurrency hours after its launch. When was the last time you saw regulators reacting to a new project so quickly? There might be a few initial hurdles, but it is highly likely that Facebook might come out on the top in this battle. This will also help accelerate rules and regulations around the larger cryptocurrency market.

Disruption of the Financial Industry

The financial powerhouses have long enjoyed an unprecedented run at the top of the economic value chain, but Facebook Libra will challenge their hegemony. With its low-fee and fast transaction model, it stands to disrupt existing remittance and payments service providers. Banks will be the most threatened since Libra can potentially introduce seamless payments for billions of its worldwide users. Its stated mission is to “enable a simple global currency and financial infrastructure that empowers billions of people.” Banks have simply not paid attention to the underserved demographic of the global population. With Facebook Libra, banks will be forced to change their business models or face the possibility of being phased out with new technology.

Most people are paying attention to the Libra retail token, but Facebook has also developed a security token called the Libra Investment Token. Facebook, along with members of the Libra Association, will oversee the development of the token and governance of the blockchain. These companies, which have paid $10 million, have received Libra Investment Tokens. According to TechCrunch, their share of the total tokens translates into the proportion of the dividend they earn off of interest on assets in the reserve. This will be available only to accredited investors. Libra Investment Token is an interesting experiment which, if successful, can push a lot of companies to go the route of security tokens.

We are truly excited to see the possible impact that Facebook’s cryptocurrency will have on the industry. As long as it can address concerns around privacy and centralisation and withstand the initial regulatory whiplash, Facebook Libra can be the biggest trigger for the crypto economy!

Broctagon Fintech Group is a conglomerate with core competencies in total fintech solutions. They span comprehensive corporate consulting services and technological solutions that are fully developed in-house. The group is driven by a 300-strong team of professionals spanning 6 countries specialising in providing advanced, dynamic and turnkey innovations.