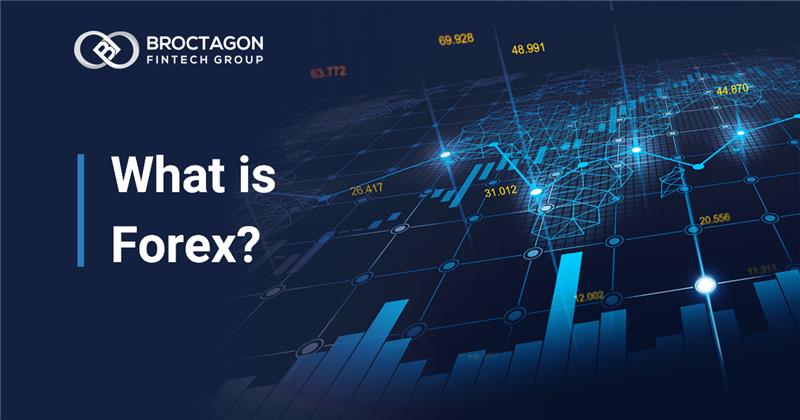 Want to make money online? This would probably be one of the most popular taglines you see across the internet, and it all comes down to Forex trading. To make money off of Forex, you have to learn about the basics of Forex and grasp it well first.

The foreign exchange (also known as Forex or FX) market is a global decentralized or over-the-counter(OTC) market where the buying or selling of one currency in exchange for another takes place. The Forex market is considered to be the largest and most liquid financial market in the world. With that being said, there are key advantages over other markets once you get a hold of the forex market, and you can easily profit from it with minimal capital.

What is indeed so great about Forex? It is simply the fact that anyone can enter the market as long as they use a licensed broker or dealer to access the trading platform.

The forex market is worldwide, meaning that that trading is pretty much continuous as long as there is a market open. The operating hours for forex trading starts from 9 pm Sunday to 10 pm Friday (UK time) every week. Trade is also allowed on weekends but only to retail traders, not central banks and related organizations.

The cost of the transaction is instilled into the price in the forex market in the form of the spread. Brokers pocket the spread as their commission for facilitating the trade. A lower transaction cost attracts more traders to your exchange, growing it.

You do not need a large capital to start trading, and you can start small. Forex brokers often allow traders to trade with higher amounts than what is actually in their accounts. Leverage works in ratios (e.g. a 50:1 leverage means that you can trade $50 for every $1 in your account).

Liquidity is the most important attribute when it comes to Forex, it is what makes trade profitable. With high liquidity, it allows the selling of currencies without causing a significant change in its exchange rate. When an exchange provides high liquidity, traders are more willing to trade under the exchange. This is because it is desirable for every player in the market since greater liquidity means lower spreads and costs of trading.

There are three different types of currency pairs; Major, minor and exotic.

Major currency pairs are those that are traded regularly all around the world. They make up the largest share of the foreign exchange market, about 85%. Hence, these pairs hold massive liquidity, allowing you to always trade them virtually. In addition, you get the benefit of having the lowest spreads/brokerage costs when trading these pairs. Each pair has the US dollar as it is the world’s leading reserve currency, contributing to 88% of currency trades.

Exotic pairs consist of a major currency (e.g. US dollar) and a developing country’s currency (e.g. South Africa). Exotic pairs are not as common as major or minor pairs, indicating that the spreads can be higher when trading them.

The advantages of each currency pair

Major and minor pairs would be easier in a way that traders can be found easily and there is lower spreads. Often regarded as a safer option.

Exotic pairs , on the other hand, requires experience and it often comes with high spreads. Higher spreads indicate that it can be riskier yet also significantly more profitable if done right.

What is Forex quotes?

Here are some of the simple terminologies that you should get familiarized with.

You will see the following in a broker’s feed

Bid price: The price which you pay for to buy a currency.

Ask price: The price at which you sell the currency.

The hope that most traders have is that the currency pair they hold will increase in value so that they can sell it off in the future and make a profit through the difference of the price their bid price and ask price.

What is the forex spread?

The forex spread is the difference between the bid and ask price of a currency pair.

How are the price changes in the forex market being measured? Three terms are being used to describe the shift in price: Pip, tick and point.

Pip: It is the minimum price change on the right side of the decimal place in the forex market, also known as the percentage in point.

Tick: It is the smallest move possible in any market and it is normally used in markets that trade in amounts less 1 point.

Point: It is the smallest decimal change on the left side of the decimal place.

With the overwhelming amount of information online about Forex, it may seem intimidating or troublesome to start learning about forex. However, learning about the basics of Forex is as simple as that!  Now that you have learnt the basic, stay tuned for our “How to Trade Forex” article if you are interested in starting your trading journey.

However, it is not our intention to suggest either that you should or should not participate in the forex market nor should this be taken as trading advice. Nonetheless, we do hope that the precedent paragraphs helped provide a better understanding of Forex trading.