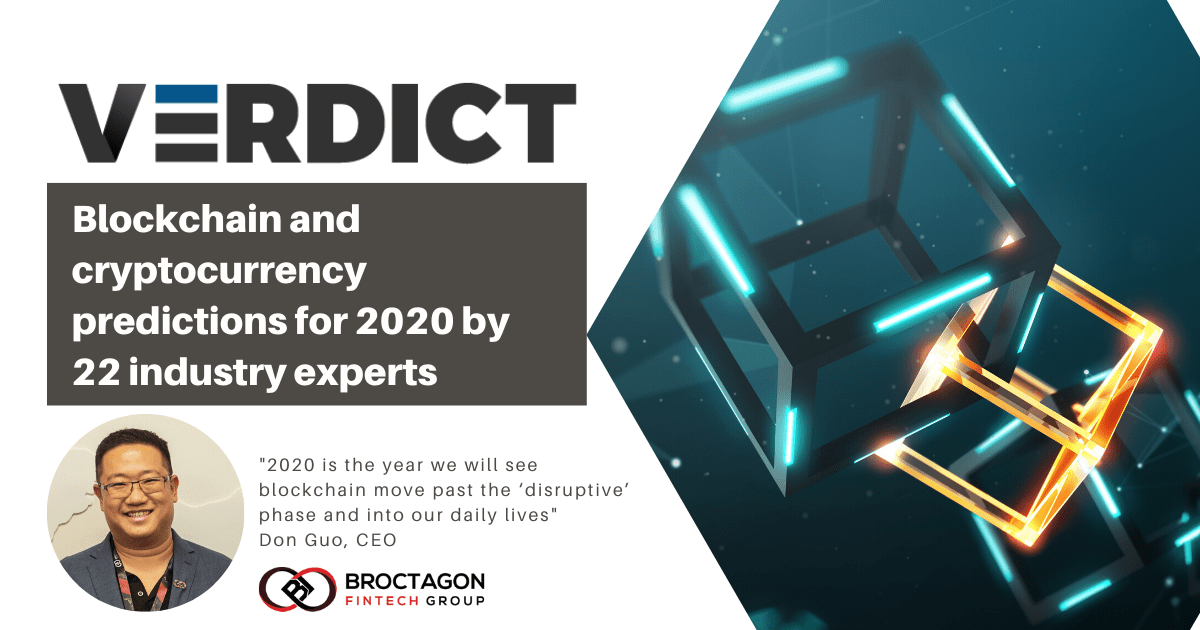 Blockchain and cryptocurrency predictions for 2020: 22 industry experts have their say

2019 has been a strong year for cryptocurrency and blockchain, with growing interest from mainstream companies, major product announcements and increased regulations. But what predictions do experts have for blockchain and cryptocurrency in 2020?

We heard from experts across the blockchain and cryptocurrency space about their predictions for 2020, from cybersecurity concerns to greater mainstream adoption.

2020 is the year we will see blockchain move past the ‘disruptive’ phase and into our daily lives. This could mean integration with everyday tech such as health records and smoke detectors, as well as a possible integration with many sectors, such as sensors and IoT, digital access, authentication of data, and digital identities especially.

It could also play a role in the rise of smart cities. Take pollution control for example. With growing global fears around climate change, how we manage our cities is becoming ever more important. Blockchain can facilitate better urban planning and solve pertinent problems like waste, congested traffic and population growth with more data.

Asia will also remain at the forefront of innovation in blockchain, with China’s digital currency set to be rolled out next year. Given the potential of digital assets, this move could be check-mate for China in the trade war against the US. Singapore is also leading the world at the moment in terms of being a conducive environment for blockchain and cryptocurrency companies. In fact, as of February 2019, over 634 companies were incorporated in Singapore with a combined market cap of approximately $8.3bn.

While change will always have detractors, the truth is that, thanks to the involvement of governments and institutions around the world, we’re already well on the way to mainstream acceptance of crypto. And as global governments start racing to launch their own cryptocurrencies in order to keep up with the big tech corporations, this trend is set to accelerate.

Read the full article on Verdict.