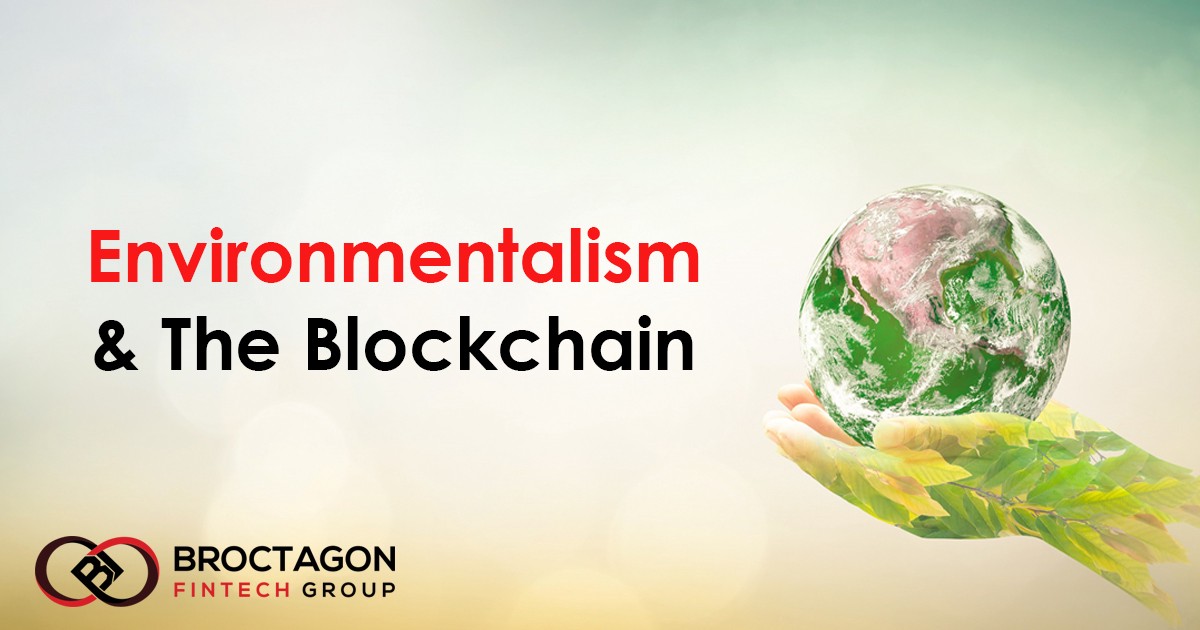 Going Green: Can Blockchain Save the Planet?

The Intergovernmental Panel on Climate Change (IPCC) recently concluded that, at the current rate of human activity relating to global greenhouse gas emission pathways, we are facing a threat of a 1.5°C of global warming above pre-industrial levels. This may not sound like a large number, but the consequences are dire — think rising sea levels leading to flooding of lowland areas, degradation of tundras and rainforests, and increased CO₂ concentration in oceans leading to mass bleaching of coral reef ecosystems. That last one hits particularly close to home, being a scuba-diver myself.

To combat this issue, many organisations have looked to technology — blockchain in particular. One such organisation is the Blockchain for Climate Foundation that serves to “put the Paris Agreement on the blockchain” and “catalyse climate action by connecting the national carbon accounts of the world.”

Of course, when it comes to utilising blockchain technology to reduce the impact of climate change, the irony isn’t lost to me — it’s no secret that many iterations of distributed ledger technology at work today are inherently energy-intensive. In fact, the entire premise of digital asset mining revolves around the deliberate expenditure of processing power.

But is there a silver lining?

In Building Block(chain)s for a Better Planet, a publication by the World Economic Forum and PWC, blockchain technology is identified as a key driver in what has been coined the “Fourth Industrial Revolution.” Along with other emergent technologies such as the Internet of Things (IoT) and Artificial Intelligence (AI), it is posited that blockchain technology will serve to “seismically affect economies, values, identities and possibilities for future generations” (4).

The central premise of the PWC report revolves round the notion that, while currently in its infancy and thus still fundamentally inefficient, future implementations of blockchain technology could “dramatically improve operating efficiencies in some sectors while completely disrupting others” (13).

As a firm believer in and user of blockchain technology, I concur with this sentiment, and have established some findings as to how exactly distributed ledger technology, in its current or future forms, can — pardon the melodramatic Grand Statement — save the planet:

Carbon credits, or “tradable certificates or permits representing the right to emit one tonne of carbon dioxide,” were created with all the right intentions — to act as an incentive for businesses to implement carbon-friendly operational practices, with the ultimate goal of balancing the world’s carbon footprint.

Even as the multi-billion dollar market it is today, it is rife with limitations caused by intermediaries. The Carbon Grid Protocol seeks to change this through their development of a “complementary protocol layer [that enables] blockchain networks and DApps to efficiently access carbon credits to offset their carbon footprint.

Blockchain platforms could be harnessed to use cryptographic tokens with a tradable value to optimise existing market platforms for carbon (or other substances) and create new opportunities for carbon credit transactions. (PWC 7)

The term “prosumption” is derived from the notion of something being produced by consumers. An hypothetical example of this would be the implementation of a solar-powered Bitcoin mining rig in which surplus rewards are used to purchase carbon credits. Within the context of blockchain technology, this can be linked to the micro-generation energy market.

In a blockchain-powered prosumption system, it is posited that “smart meters could be used to account and register the micro-generated energy on a distributed ledger” (76). We can already see iterations of this taking place today, with one example being MIT startup SolarCoin.

Distributed ledgers, in combination with smart-metering systems and next-generation batteries (to accumulate energy locally), have the potential to open the energy-market to prosumer production. (Government Office for Science 76)

Legacy issuance, trading, clearing, and settlement processes of the traditional financial industry are highly inefficient, with high latency T+3 cycles being the norm for the last two decades.

Today, organisations like Hashstacs Inc, with their Securities Trading Asset and Classification (STACS) Protocol, are primed to disrupt long-standing bastions of traditional finance. With their implementation of a hybrid ledger architecture consisting of a public/permissioned blockchain, STACS enables the complete tokenisation of capital markets for faster, cheaper, and more secure issuance, trading, clearing, and settlement of securities.

And when it comes to the tokenisation of said capital markets, there are infinite possibilities beyond traditional financial securities — real estate, art, and even solar assets, can all easily be digitised.

Looking ahead, blockchain could save the planet by being a real game changer for “blended finance” investment in projects seeking to deliver the UN’s Sustainable Development Goals. (PWC 25)

While blockchain technology still has a ways to go before it can realistically deliver its promises of creating a cleaner, more sustainable, and more harmonious planet, I believe we’re on the right track.

Based on the current state of the blockchain industry, we’re right in the thick of the ascension phase, with many of the organisations identified above gaining serious traction towards Series B funding.

If you’re as much a tech and blockchain geek as I am, you’ll no doubt be excited (and even hyped!) over what this space will have to offer us in the coming months, years, and beyond. And perhaps one day, blockchain can indeed save the planet.

*This article was first published on Hackernoon.